In the seven weeks that have passed since March 9, 4.5 million tons of food and beverages have been made available to the population, indicating that Spanish households have consumed a million more tons compared to the same period in 2019, according to data made public by the Ministry of Agricultura, Pesca y Alimentación (MAPA).

The current crisis is showing society the importance of all the links in the food chain to supply basic necessities to households, a value that farmers, ranchers, and the processing and marketing sector have been demanding for a long time.

For its part, the meat industry has continued to transform livestock productions, generating a total of about 130,000 tons per week of meat and about 20,000 tons of meat products, about one million tons in the total of the estimated period, to supply the butchers and establishments for feeding towns and cities.

According to these data, Spanish households show their preference for the consumption of fresh products, since basic products in the shopping basket such as fresh meats, fruits, vegetables and legumes and fresh fish register increases above the average, and show that the population is committed to balanced consumption patterns in which all food groups are included, in accordance with the recommendations of the experts and with healthy and traditional eating patterns in our country such as the Mediterranean Diet. 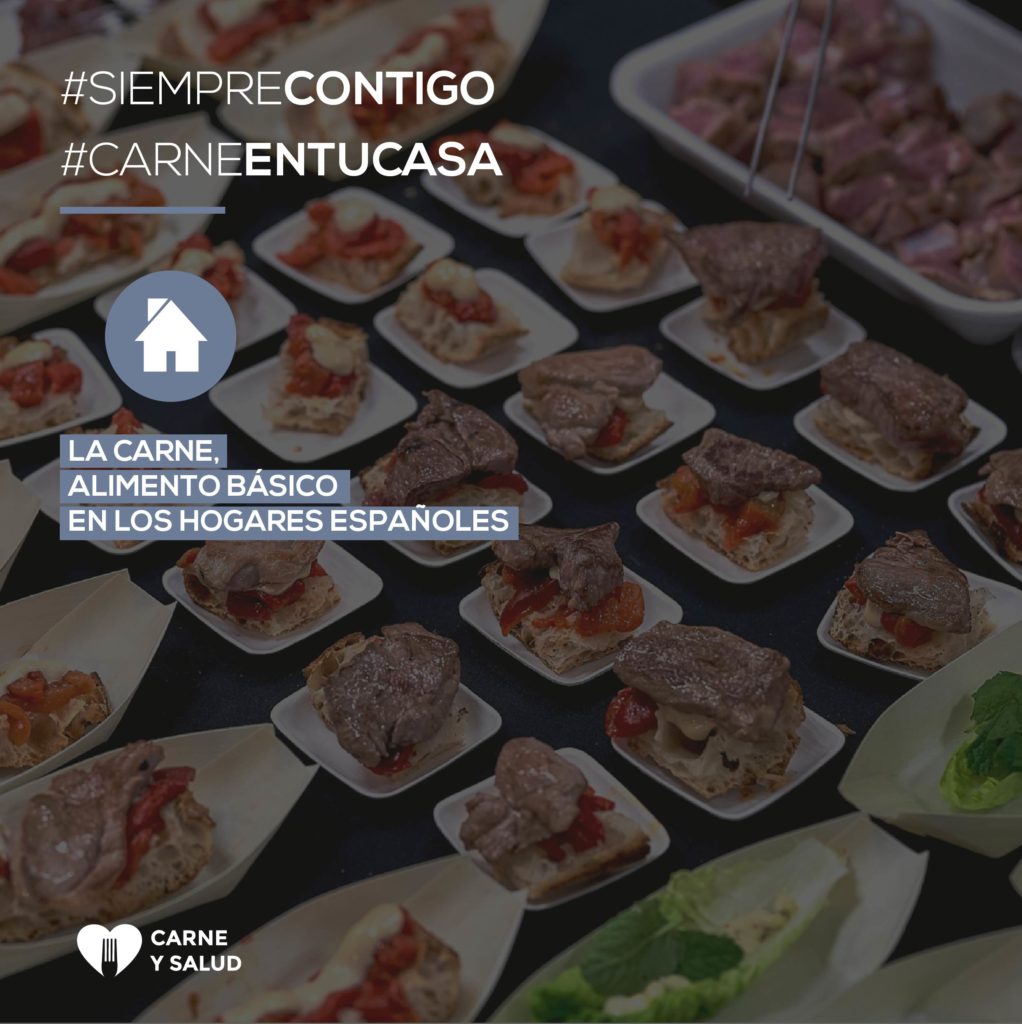 Closure of the HORECA channel

In any case, the rise in consumption in the home does not mean a recovery in total consumption, since the closure of the hotel and restaurant channel is seriously affecting many meats such as sheep-goats, rabbit meat, Iberian products , suckling pig, beef cuts of higher value, cured hams and shoulders, etc., which concentrate their sales in this Horeca channel.

The strategic role of the food chain

The current crisis is showing society the importance of all the links in the food chain to supply basic necessities to households, a value that farmers, ranchers and the transformer and marketer sector have been demanding for a long time and which has now remained Patent with the work of all operators in the sector during the difficult weeks that society is facing.

In addition, from the economic push that the sector implies, livestock farming provides benefits in the environmental field, helping to prevent fires through grazing, to prevent erosion and desertification, it maintains unique ecosystems such as the pastureland and its pastures act as carbon sinks.

The meat sector in Spain appreciates the appreciation of its work by citizens and reiterates its commitment to make available meats produced in an ethical, responsible, sustainable and healthy way, and to continue working, together with the scientific community, in promoting the benefits of a varied and balanced diet and an active and healthy lifestyle within the framework of our Mediterranean Diet.

Interporc highlights the figure of the veterinarian to reduce the use of antibiotics
The REDaPORC Operational Group, led by INTERPORC, has started a series of webinars in collaboration with the General Council of […]
See More
Cantabria has already begun to pay the 3,300 ranchers for the effects of the conflict in Ukraine
The Government of  Cantabria, through the Ministry of Rural Development, Livestock, Fisheries, Food and the Environment, has begun to pay the […]
See More
Alert for the rise in gas prices and how it affects the treatment of manure
ADAP, the Association for the Environmental Loss of Slurry, denounces a “critical situation” in the slurry treatment plants. The plants […]
See More

Contact
If you wish to belong to our association, do not hesitate to contact us.
Where to find us?
All rights reserved © 2018, Anafric.
Menu
Menu
Menu