The European livestock sector expresses its opinion on the promotion of synthetic meat. UECBV opinion article

Debates around livestock and meat consumption are booming both in Europe and in other Western countries. As professionals in the European livestock sector, we are aware of this and do everything we can to take actions that respond to the demands of society and to environmental issues. Still more can be done (and will be done). As the date of the UN Summit on food systems approaches, different opinion leaders outside the agrarian community have given a push to the promotion of synthetic meat manufactured in laboratories. As they view synthetic meat production as the star solution to environmental challenges, tech moguls and others are enthusiastically promoting artificial meat production, with powerful claims in their favor and massive investments in the sector. 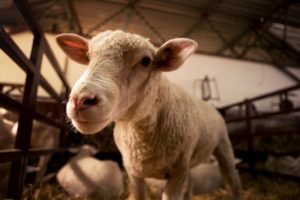 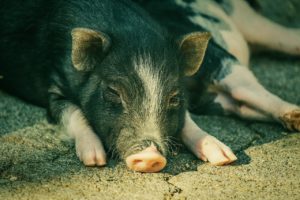 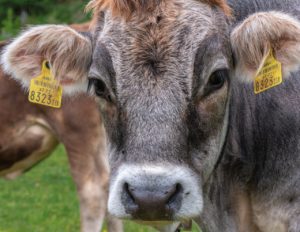 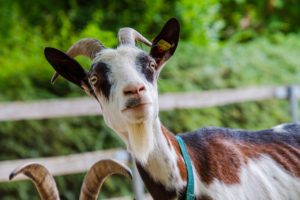 It is paradoxical that this high-tech vision for meat production, which has been gaining so much ground in recent years, is not sufficiently explained in the public sphere. We, European livestock professionals, believe that this point of view and the model it fosters deserve a debate in public forums so that the social, environmental, economic and health effects that it entails are publicly known. To say that a diet without ‘real meat’ and a Europe without livestock are the answer to the problems posed by climate change is wrong and could have disastrous consequences for our food, our territory, our environment, our diversity and our culture.

Opinion leaders who promote synthetic meat claim to unanimously defend that science has already decided the future of animal husbandry. They seem to think that any debate on this issue within the scientific community will inevitably end up advocating an end to ranching.

It is a view that some media outlets also sponsor, despite the fact that the vast body of academic research certainly contradicts such allegations1. The same opinion leaders often ignore the fact that farmers, especially in Europe, have bet on long-term innovation and have already taken action, using technological and other solutions, in order to make their products more sustainable. activities and improve the welfare of your animals.

The livestock sector in Europe has managed to reduce, year after year, the CO2 emissions emanating from production, thanks to a wide range of measures and initiatives and despite the low income received by producers. The truth is that the global production of European agriculture has increased by 25% since 1990, and during the same period, the sector has reduced its greenhouse gas emissions by 20% 2.

In terms of health, we must take into consideration that the complex nutrients that are naturally present in meat (vitamins, trace elements, etc.), will be difficult to duplicate. Nor should we be ignorant that the move to synthetic meat could cause food security problems in countries that depend on our livestock and livestock exports, not to mention the growing imbalance between the different actors in the supply chain or the repercussions on availability. of meat proteins affordable for the consumer.

The livestock sector in Europe has managed to reduce, year after year, the CO2 emissions emanating from production, thanks to a wide range of measures and initiatives and despite the low income received by producers.

Furthermore, assessing all the social, environmental and economic aspects linked to the disappearance of the livestock sector in Europe is a highly complex process, even for scientists in the agricultural and animal disciplines. Be that as it may, going completely to synthetic meat would have at least three undeniable consequences, likely: 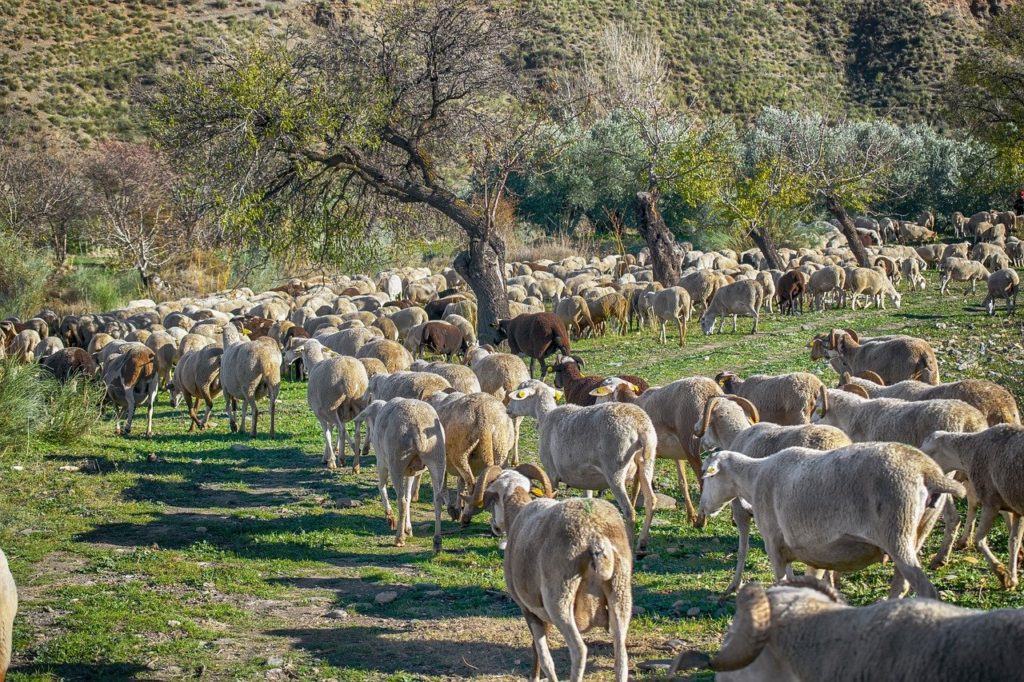 Europe will lose a bastion of the circular bioeconomy. Livestock fulfills various valuable functions that, if they did not exist, would disappear. For example, it contributes to a more efficient agriculture by valorizing the by-products of the food chain. An important process is the recycling (or revaluing recycling, taking up the Anglo-Saxon term “upcycling”) of biomass from grass, straw or bran, which are not suitable for human consumption. Without livestock, these wastes and by-products would quickly become an ecological burden, as consumer demand for processed food increases.

The livestock sector produces not only food but also a panoply of by-products, such as manure and other livestock effluents. At present, 40% of the cultivated areas of the planet use organic fertilizers from livestock production. A Europe without livestock will lead to a considerable increase in the use of synthetic fertilizers. It will also be difficult to replace many other more unknown by-products without high environmental and socio-economic cost: leather would be replaced by materials based on fossil fuels; some pharmaceutical ingredients would be replaced by synthetic ingredients, etc. Is this the model of society envisioned by the Green Pact?

Rural Europe will be heartless and food production in the hands of a few tech companies. Today livestock is a vital component of rural Europe. This sector is present in almost all regions of Europe, in a wide diversity of production systems according to the economic, geographical and sociological conditions of each area.

The livestock sector produces not only food but also a panoply of by-products, such as manure and other livestock effluents. At present, 40% of the cultivated areas of the planet use organic fertilizers from livestock production. A Europe without livestock will lead to a considerable increase in the use of synthetic fertilizers.

The livestock sector contributes significantly to the European economy (€ 168 billion a year, 45% of all agricultural activity4), as well as to the trade balance and the creation of nearly 30 million jobs5. Without livestock, the rural exodus will accelerate, the demographic pressure in our cities will intensify and the disconnection from nature and our cultural heritage will be accentuated.

The synthetic meat revolution as it is conceived will not be an open access system. Artificial foods will be highly engineered, ultra-processed6, and subject to patents. Therefore, there is no doubt that in a society with 100% synthetic meat there would be a production characterized by concentration, relocation and disconnected from nature and the rural world. If the ideal of a society without livestock is guided by philanthropy, then patents and technologies will have to be shared with everyone, especially with developing countries.

The synthetic meat revolution as it is conceived will not be an open access system. Artificial foods will be highly engineered, ultra-processed6, and subject to patents.

Significantly reducing the carbon footprint of our food, as synthetic substitutes promise, will not happen. From a climatic point of view, a world without livestock would not exactly resemble the world we dream of. Without ruminants, it will be extremely difficult to conserve our grasslands, pastures and scrub landscapes in Europe.

Livestock regulates ecological cycles, is the culmination of the nutrient cycle and improves soil fertility and carbon absorption, thanks to the recycling and use of manure as an organic resource and the use of pastures not suitable for cultivation. In areas that combine agriculture and livestock, pasture rotation also serves to cut the cycle of crop pests, allowing farmers to limit pesticide use7. Furthermore, the carbon footprint of synthetic meat alternatives, which may not be as good as assumed8, has not been thoroughly analyzed.

Where will the serum come from to produce the cultured tissues? How much energy will it take to grow the tissues? What antibiotics, fungicides, or hormones will be required to control production?

If you really want to change the ecological impact of meat protein production, you have to invest in innovation in the livestock sector. Our sector is the first interested in innovating and is committed to continue reducing its impact. The ability of our sector to reduce its emissions and its effects overshadows any impact that an alternative meat could have.

In conclusion, we would like to quote Jean-Louis Peryaud, a French agronomist from INRAE, who stated in 2017 that “a world devoid of livestock is only a utopia in the short, medium and long term. The time has come for us to return to more realistic positions based on facts. To end livestock would be a great nonsense for humanity. But that does not mean that we do not have to make improvements in our livestock practices, to respect the animals, offer them a decent life and make sure that they do not suffer pain or stress during slaughter. We must continue researching and innovating to reduce the harmful effects of livestock and multiply the services it offers to our society.9 »

About us:
European Livestock Voice (www.meatthefacts.eu) is a platform of like-minded stakeholders at EU level joining forces to foster a balanced debate around a sector that plays a key role in Europe’s rich heritage and promising future. . The associations involved, representing sectors from animal welfare to feed to breeding and breeding livestock and livestock farmers, seek to inform the general public about the value of livestock production and its contribution to overcoming global challenges, thus offering an alternative narrative to current debates.