The livestock-meat sector reiterates its commitment to feeding the population, offering them quality, safe products and complying with the strict requirements of animal and environmental welfare set by the European Model of Production, redoubling its efforts to contribute to the whole of society to overcome the crisis caused by the coronavirus.

According to the Meat and Health platform, A total of two million people live in the livestock-meat chain in Spain, including professionals and auxiliary industries and suppliers. Livestock directly employs more than half a million people, meat industries 97,000 workers and retail trade another 75,000. 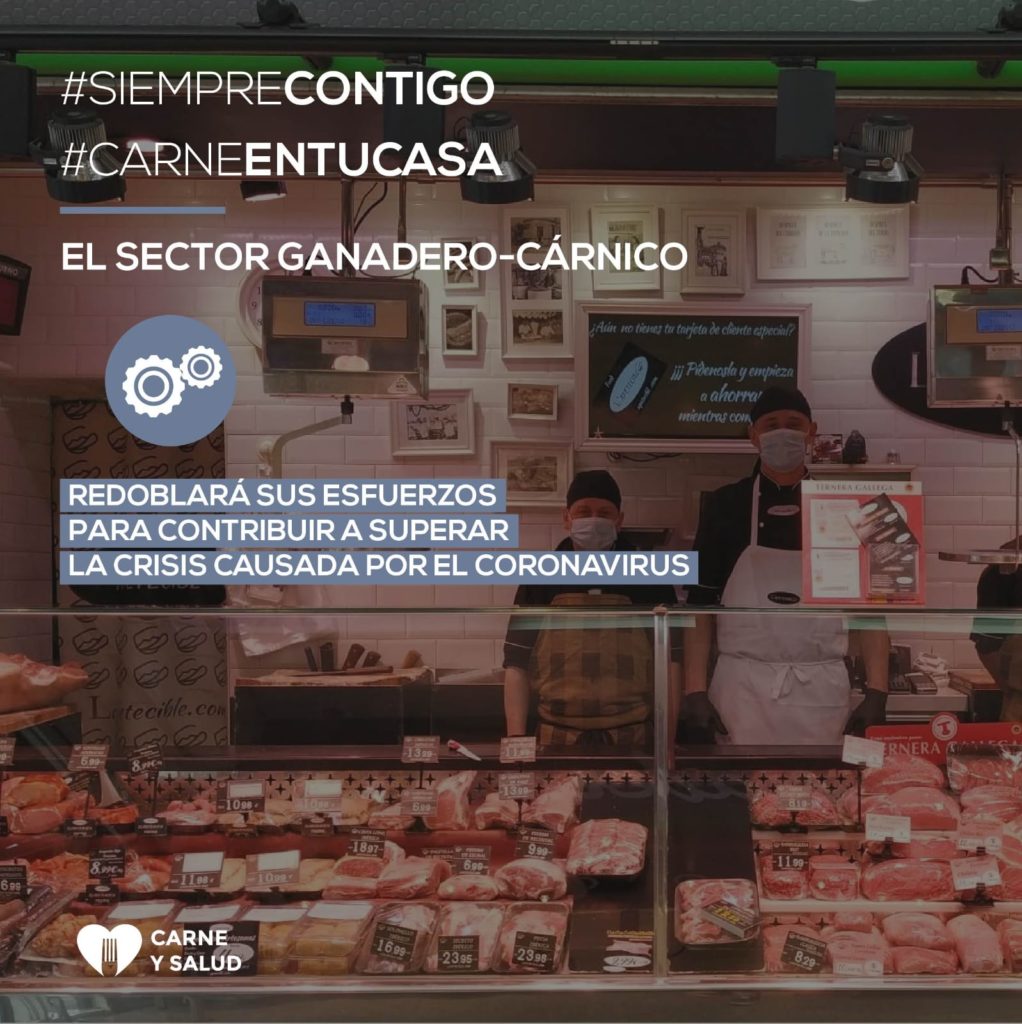 The meat livestock sector is currently made up of more than 350,000 farms in Spain, which contribute 15,476 million euros to Final Agricultural Production. For its part, the meat industrial sector is made up of a fabric of some 2,800 companies that, with a turnover of 26,882 million euros, represent the first sector of the food industry, and the butcher-charcuterie sector brings together more than 25,000 companies from the sum sales of more than 4,500 million euros.

Farms like a large part of meat companies are located in rural areas, where they avoid depopulation and contribute to generating wealth, territorial cohesion and employment

Thus, this sector, which has not stopped its activity at any time throughout this crisis, is managing to keep jobs and can constitute an important support for the social and economic recovery facing our country.

Furthermore, both farms and a large part of meat companies are located in rural areas, where they avoid depopulation and contribute to generating wealth, territorial cohesion and employment. 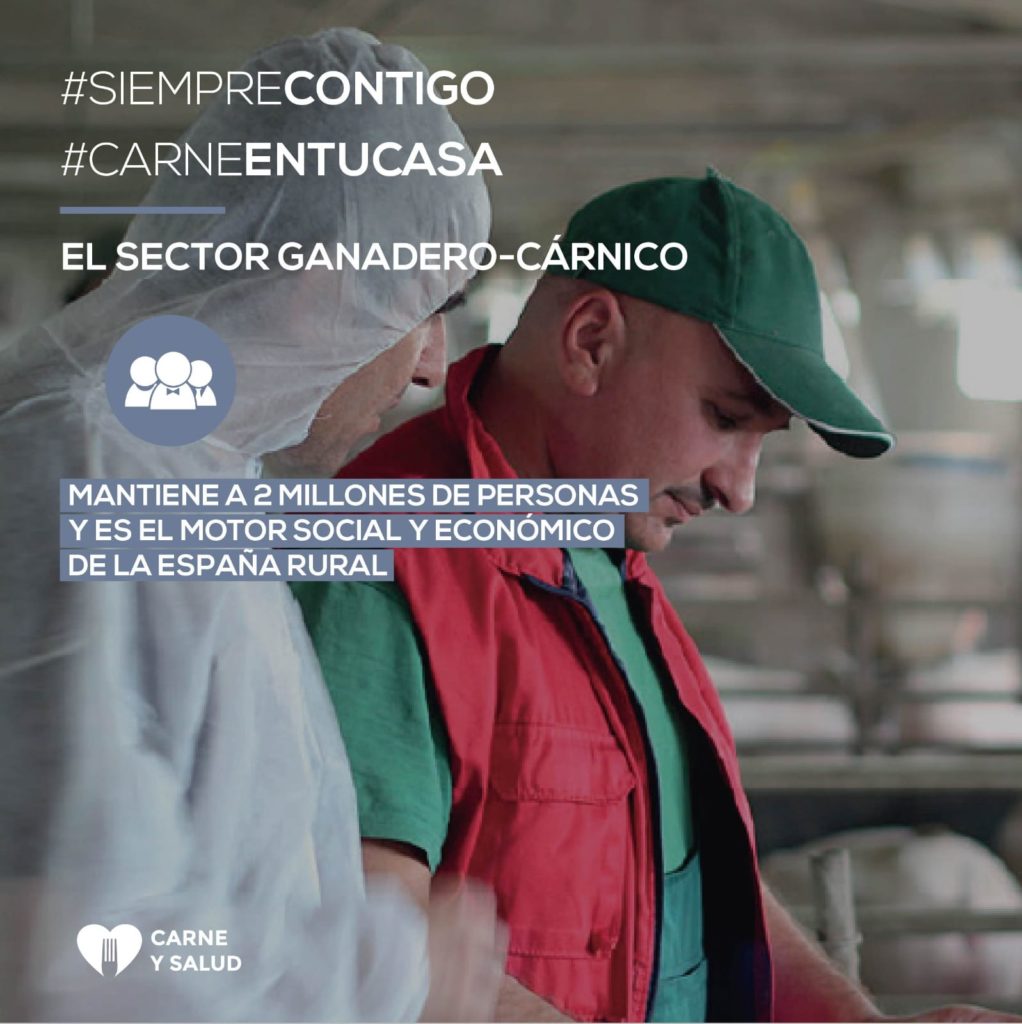 The data on the decrease in air pollution levels that have been recorded during the confinement have shown that agriculture and livestock are not the main responsible for greenhouse gas emissions, lagging behind other activities such as transportation, industry, electricity generation or fuel consumption.

For its part, the meat industry avoided in 2019 the emission of 57,901 tons of CO2, thanks to the recycling of its packaging.

Anafric attends the 50th anniversary of the Barcelona Meat-Ramader and Poultry Market
The Barcelona Meat-Ramader and Poultry Market brought together more than 150 attendees to celebrate, last September 20, the 50th anniversary […]
See More
The Paquito de Lamb takes Barcelona from October 3 to 30… and now it combines with cocktails
On September 22, the Paquito de lamb was presented to the press, but on this second occasion, it was accompanied […]
See More
The US creates an interactive tool to find out how consumer confidence around meat varies
Urdue University’s Center for Food Demand Analysis and Sustainability (PAGS) has added a dashboard on confidence around meat. This has […]
See More

Contact
If you wish to belong to our association, do not hesitate to contact us.
Where to find us?
All rights reserved © 2018, Anafric.
Menu
Menu
Menu